18 Reviews
Ask a Question
Item: HOMEODIGES
1. Select pet:
Homeopet Feline Digestive Upsets (15 ml)
Homeopet Feline Digestive Upsets Settle your kittys unpredictable stomach with the HomeoPet Feline Digestive Upsets Cat Supplement. Designed to offer fast relief to common digestive problems, this homeopathic liquid is great for cats with problems such as constipation, loss of appetite, and vomiting. Drawing on hundreds of years of natural medicine therapy, the all-natural formula uses only the purest, chemical-free homeopathic ingredients that cause zero known side effects. Easily administer by mouth or food or water, and then you can look forward to a happy catand less messes to clean up.

$14.99
You Save: $5.00!(25%)
HomeoPet Digestive Upsets for All Animals (15mL)
HomeoPet Digestive Upsets Settle your pets unpredictable stomach with the HomeoPet Digestive Upsets Dog, Cat, Bird & Small Animal Supplement. Designed to offer fast relief to common digestive problems, this homeopathic liquid is great for pets with diarrhea, nausea, constipation, loss of appetite, gas, and bad breath. Drawing on hundreds of years of natural medicine therapy, the all-natural formula uses only the purest, chemical-free homeopathic ingredients that cause zero known side effects. Easily administer by mouth or food or water, and then you can look forward to a happy petand less messes to clean up.

HomeoPet Digestive Upsets Settle your pets unpredictable stomach with the HomeoPet Digestive Upsets Dog, Cat, Bird & Small Animal Supplement. Designed to offer fast relief to common digestive problems, this homeopathic liquid is great for pets with diarrhea, nausea, constipation, loss of appetite, gas, and bad breath. Drawing on hundreds of years of natural medicine therapy, the all-natural formula uses only the purest, chemical-free homeopathic ingredients that cause zero known side effects. Easily administer by mouth or food or water, and then you can look forward to a happy petand less messes to clean up.

BIRDS: 2 drops in the drinking water once daily.

SMALL MAMMALS
such as rabbits, ferrets, hamsters and pot bellied pigs can be dosed by weight as for cats and dogs in previous section. For severe cases a drop can be diluted in 1 ml of water or other oral rehydration fluid and given to the patient orally, taking care to avoid aspiration of the fluid into the respiratory tract by the patient. 3 doses whose volume is appropriate to the size of the patient should be given from the diluted product over a 24 hour period, e.g. 2 drops for a mouse or small budgie, 4 drops for a large guinea pig. For acute cases it can be repeated as for cats and dogs in previous dosing section.

ADMINISTRATION:
Optimally, the liquid preparation should be dropped directly into the mucous membrane of the mouth including lips; ideally in dogs by pulling out the labial pouch, and in cats by raising the head until the mouth opens. Where an animal finds this distressful, or an owner is unable to comply, the medication can be put in the food, water or milk. Where animals are sensitive to the odor of the alcohol preservative, a 10-20 minute period should be allowed for dilution and evaporation before the liquid or food is presented to the patient. Occasionally, animals will shake their heads as a response to the alcohol preservative; cats may salivate excessively and in these cases, presenting it in food, water or milk works. It can also be added to a sprayer and misted in the air around severely affected patients to calm them down, or dropped around bedding area 3-5 times daily.

ADVERSE EFFECTS AND CONTRAINDICATIONS:
None known, other than reversible effect of overdosage. Overdosage will result in a return of symptoms after the symptoms have initially disappeared. Where either increased anxiety or a return of symptoms occurs while on the medication, ceasing to use it will alleviate the effect. Patients who are hypersensitive to homeopathic preparations will show response to a single dose, which may not need to be repeated for some time. For this reason therapy should always start with a single dose and should a major response be seen, therapy should not be recommenced until symptoms relapse, and then only a single dose given for maximum effect. Although there is no evidence that there are any safety issues, extra care should always be taken when dealing with pregnant animals. Should a suspected adverse reaction be seen or advice needed, please contact HomeoPet LLC. Contact your veterinarian if problems persist.

DRUG INTERACTIONS: None known for animal use; keep out of reach of children.

PHARMACEUTICAL PRECAUTIONS:
Store at room temperature, out of direct sunlight, and away from strong odors.

1588290740
Write a Review
Review Summary
4.9
18 Reviews
5
94% (17)
4
0% (0)
3
6% (1)
2
0% (0)
1
0% (0)
83% Recommend this product (15 of 18 responses)
By Summerbuff
Wilmington, NC
Helps upset tummies
April 24, 2020
This product was recommended by a local vendor and has worked really well.
Inexpensive Effective Easy to administer No side effects None
By Cosmicat
One of my go to products!
September 6, 2018
I keep a supply of Homeopet Digestive Upsets on hand. It really comes in handy. Not only for my 9 kitties, it's also a great help for the feral kitties that I care for on a regular basis. This is what I use to protect my kitties from the vomiting and/or diarrhea they usually get when there is a need to administer a course of antibiotics. Works every time! And when I recommend this whole line of homeopathic products to anyone who has furry babies, they give me a glowing report on the results.
Easy to use,works very well None
By Samson
Tacoma WA
Quite Nice!
June 7, 2017
We purchased this for our aged cat (18 years) who had all but stopped eating and losing weight. When he did eat, he frequently would regurgitate his food even with the hairball medicine he was given. When we tried HomeoPet, he not only kept his food down, but his appetite and weight gain improved. We started twice a day, and now only once in the morning, and he continues to do well. We've started giving it to our other cat who seems to do better with this than the hairball medicine. Not sure what the ingredients are, but as they say, " the proof's in the pudding!"

By equiplus
South Carolina
diarrhea and gas
February 26, 2017
Helped my older dog to not have as much gas and diarrhea. So I'm glad about that....
By Molly
Great product
July 18, 2016
Always works great when one of my dogs has an upset stomach. Every time. I highly recommend it
By Carol
Works great!
January 31, 2014
My boxer had chronic stomach upset. I don't know if it was acid reflux or something else, but he would throw up white foam. I put him on a maintenance dose of 5 drops 3 times a day and no incidence in weeks! Don't hesitate!
By crazy p.
Daytona Beach, FL
Helps our little guy
October 31, 2013
We have a cat that has had problems with his digestion since a kitten, vets could not figure out why but he never could keep his food down so in combination with holistic food and these drops he has been doing much better but he still has stomach upsets just not every day.
By Maxthebadcat
Frederick, MD
A great product that really works!
April 17, 2013
I keep this product on hand ALWAYS and use it whenever I start seeing any digestive distress in cats and dogs. It's simple to use - just add the drops to the regular feeding - and I've seen positive results in as little as 8-12 hours. It's more universally accepted than canned pumpkin for diarrhea, but the results are just as good, if not better. I think the product helps the pet's body to heal itself, which is a good thing. In years of occasional use, I've never had a bad reaction or lack of improvement. I'm a big fan of holistic medicine, and this product should be in every pet-owner's first-aid kit.
By Viviana
Florida
Great product!!!
January 10, 2013
Sometines my baby dog has stomach problems. I give him some drops and after 20 minutes he feels much better.
By Tiff
North Kingstown, RI
Lifesaver for both my IGs!
December 19, 2012
This is the go to for me when my IGs have digestive issues. It's safe and easy to administer. Love it!
By Ohio
Cincinnati, OH
Excellent
July 26, 2012
I've used this for about 3 yrs. for my dog. She has digestive issues. It's fantastic and has helped tremendously. Her Holistic Vet approves. All of the Homeopet Products are amazing. We wouldn't be without them. I've told an endless amount of people about them.
By Barkleys m.
Changed Barkley's Life
July 17, 2012
Barkley is a 13-yr-old Welsh Pembroke Corgi who is prone to a sour stomach. He has taken medication and a special diet for this condition. Since discovering HomeoPet Digestive Upset, Barkley's life is much better! He takes this 3 times a daily with his meals and has improved to the point of not having to take prescription medication. 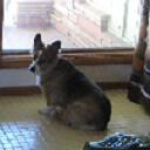 By Lily&Casper
baytown, tx
Use something else.
April 19, 2012
I'm the exception here but I felt that this product did nothing to cure my baby of his digestive upsets. It is too expensive for the tiny amount you are getting and though it advertises that it is homeopathic, there are many other great alternatives that are natural and even organic for your pet to use besides this. Do your research and find what is the best...I can assure you, this is not.
By Cathy
North Babylon, NY
Great purchase
January 12, 2012
This item has helped with my cats vomitting. And the price is awesome! Already convinced my aunt and my father to purchase from here.
By Rossann
Great Product
November 29, 2011
I give this to my chihuahua for gas and it does wonders,thank you for a GREAT PRODUCT
By Carol
Chicago, IL
awesome safe product
October 7, 2011
I'm so glad I found this natural product. My cat has vomited so much she ruined my carpeting. I didn't want to take her to the vets because after a visit there her and the other cat fight and I don't wan't her to be stressed. She has not vomited once since using this amazing product. I will definitely order more.
By Denise
Digestive Upsets
December 27, 2008
I love these products. I had a cat who threw up constantly. My husband (a veterinarian) said there was nothing wrong wirong with him. I starting him on these drops. NO MORE VOMITING. Trib (our cat) actually jumps on the counter in the morning to get him drops - of course, I put them on liver sausage.
By Nancy
Really works!
May 24, 2008
Our cat was diagnosed with "kitty esophageal reflux." The vet recommended a human pill remedy, but that didn't work, and poor Cleo kept loosing weight. We tried HOMEODIGES as a last resort and the results were amazing. Within a week she started gaining weight and we were able to start cutting back on the dosage. Now we only dose for a week or so when the reflux reappears (every 2-3 months).
Thanks for providing a wonderful product,